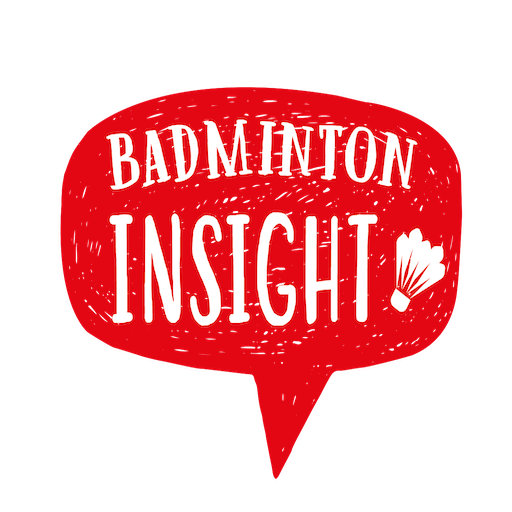 The Split Step In Badminton (With Pictures)

Are you wondering how you can improve your footwork, quickly? In this article, we’ll give you some tips to perform the perfect split step – an important part of having good footwork!

We’ll be taking you through:

What Is A Split Step?

The split step is a small explosive movement which enables you to change direction quickly and move with speed to wherever your opponent is hitting to.

A common misconception is that it’s a jump. It definitely isn’t a jump, as we’ll go on to explain in detail! Jumping can cause you to be in the air after your opponent has played their shot, you then have to land and change direction rather than be already moving to the shuttle.

How Do You Do A Split Step? 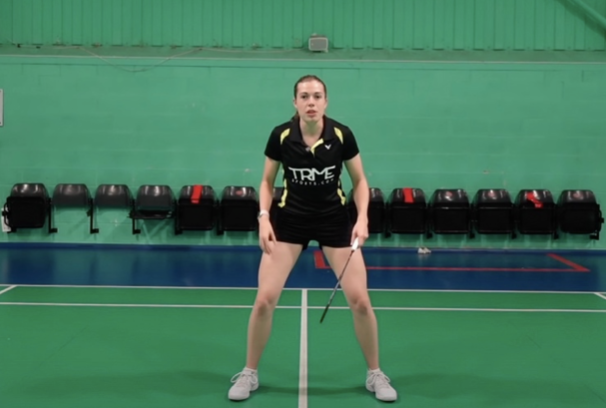 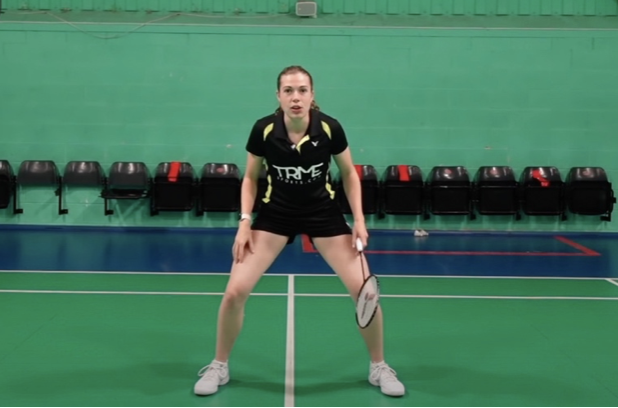 Top Tip #1 A common mistake when performing the split step is having your legs too straight. Keeping your knees bent lowers your centre of gravity which will help with your speed and control of your movement.

Step 3: As you land from Step 2, with your knees bent and legs loaded, use this energy to push off in your chosen direction.

Top Tip #2 Your body weight should be leaning forwards, onto the balls of your feet. This will help you push off quickly.

You should split step in the direction that you think the shuttle is going – this might often only need to be a small adjustment where you are slightly facing one corner. Doing this directional split step will improve the speed of your movement. Some examples can be seen in the pictures below.

Ways To Practice The Split Step

Practice 1: If you’re new to practising the split step, a good exercise is to drop off a bench and move to a corner of the court, like this:

This will help your speed, and quick response time off the floor. It also gets you out of the habit of jumping and instead focusing on creating energy in the push off movement. You can also move to the backhand corner, and drop off the bench backwards, to practice the rear court corners.

This exercise will help you understand the point of the movement and reinforce that this is not a jump! In a match you would not have the time to jump high and still be able to move to the shot as soon as you know where it’s going.

1) Keeping your legs too straight – as previously mentioned, keeping your knees bent lowers your centre of gravity which will help with your speed and control of your movement.

2) People often try to move back to base (i.e. the middle of the court) after every shot to do their split step, even after the opponent has hit the shuttle! There is a misconception that you must do a pronounced split step at all costs. The split step is an anticipation movement which means you need to begin initiating before your opponent hits their shot. There may be times when you don’t really need to do an obvious split step – for example, when you hit an attacking shot in the rear court and follow it up with a running step into the net.

4) Jumping in the split step – the split step is an explosive movement, not a jump! Jumping any higher than the width of the grip of a racket is inefficient and will slow your movement down! This because your bodyweight is travelling in a downwards direction with force and you then need to counter this force to move sidewards to the shot.

5) Having a stance that is too narrow or too wide – this will limit your efficiency when trying to move in any direction.

If you’d like to watch our video on how to do the perfect split step, with even more exercises to practice this movement, we have included a link below:

Every month we write an email newsletter with our latest thoughts, updates and recommendations.

Every month we write an email newsletter with some thoughts, updates and recommendations. Sign up so you don’t miss any insight into how YOU can improve your badminton game!